St. Teresa of Avila was one of my very first friends as a brand new Catholic Christian.

I felt as if I had landed in another universe, one filled with women I did not recognize and could not relate to. But upon reading the reply by St. Teresa of Avila to Christ’s explanation of the imprisonment and near starvation of her friend St. John of the Cross, “Teresa, whom the Lord loves, he also chastises, this is how I treat all my friends.” The acerbic Spanish nun allegedly replied to Jesus, “No wonder you have so few of them.” I laughed heartily then and still do as I consider this mystic; this woman who considered herself ‘too stupid’ to write about her methods of prayer. And only did so because of her vow of obedience. Such a puzzling combination of wit, wisdom and mysticism and yet the connection with St. Teresa of Avila I feel is undeniable and, at times, audible.

Teresa’s three books are considered by all major religions to contain practical advice for all who seek God; as primers for mystics from all traditions. Another Teresa, a German Jewish philosopher and atheist named Edith Stein, upon reading the books of Teresa of Avila in the early part of the last century early would utter in astonishment, “This is truth!”  She would become St. Teresa Benedicta of the Cross, Carmelite nun and murdered by the Nazis at Auschwitz in 1942.

Teresa of Avila lived and died 500 years ago in a time we should not be able to relate to unless we think past our assumptions and consider what was happening in the sixteenth century. Wars, political and economic instability, a near constant battle between religious ideologies and scientific discoveries were rocking the accepted realities of the culture. Not all that different a time as our own.

Sounds a little crazy, doesn’t it, considering a saint as a friend? Conceivably even arrogant?

Perhaps. But when reciting the Apostle’s Creed and affirming that ‘I believe in the community of saints’ then, maybe not so much. If a community then doesn’t that imply membership? And doesn’t membership convey benefits? Like conversation?

So then you are no longer strangers and aliens, but you are fellow citizens with the saints, and are of God’s household, having been built upon the foundation of the apostles and prophets, Christ Jesus Himself being the corner stone, in whom the whole building, being fitted together is growing into a holy temple in the Lord; in whom you also are being built together into a dwelling of God in the Spirit.

A number of years ago, shortly after moving from the east coast to the west where we now live, we drove to Los Angeles and visited the Cathedral there, The Cathedral of Our Lady of the Angels. The walls of the cathedral are entirely adorned with images of the saints. While walking around the church, I began to think of these saints I was beginning to get to know as real people…realizing that if I meant what I said each time I recited the prayers of the faithful, perhaps a relationship could be developed. Maybe I could get some help.

Despite the fact that I have read St. Teresa’s three books, I understand only a minuscule portion of her narrative and far less of her intimacy with our Lord and of course, fall far short of her way of perfection.

I still get frightened when reading some of her observations about the consequence of sin, our own and that of others.

But there are several principles I have learned from her:

Teresa of Avila was named a Doctor of the Church in 1970 and on this five hundredth anniversary year of her death, the Catholic Church is celebrating this whole month in honor of the saint.

Strangely this long ago woman at times has felt so real that I can hear her. During the times I have sincerely asked for her guidance, without fail, I hear a response in words that uniquely identify who is speaking. She called them locutions when she spoke with Christ, I’ve never read what the convention is for the conversation from a saint but her words can be clearly identified as her. Replies like, “Did you think this would not require hard work?” or “Consider your hard heartedness,” are instantly recognizable. And revel in my belief that yes, the saints are friends. 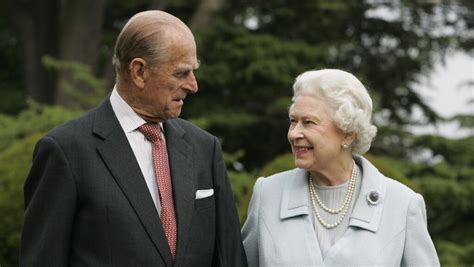