The Affluent and Homeless On Thanksgiving Day 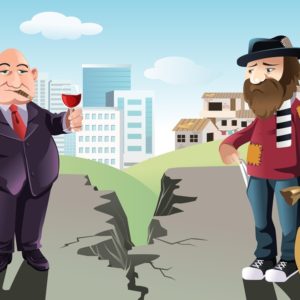 This is the land of beautiful people, perfect  weather and stunning coastlines but in the marginal areas along the back, rarely traveled dirt paths to the stunning dunes of Oceano beach are the homeless: Skinny, filthy and hollering loudly at the rising sun, the guy was either stoned or psychotic, or both. And I sped up my pace, not at all sure what the guy was capable of in the cool dawn of this Thanksgiving morning; quietly, I urged the dog to move more quickly.

On the corners of the gleaming grocery stores, offering everything from kale shakes to premium grass fed beef, sit the men and women, holding signs like “Please help” or “Anything will help, God bless.” hoping that we’ll roll down the window and give them something, anything.

Last Veterans Day, I happened to listen to a newscaster discussing John Kerry’s address and the promise he made on behalf of the Obama administration to ‘wipe out homelessness among Veterans’ and assure that every Veteran has a roof over his or her head with plenty of food.

At the very least, it is disconcerting to see these men and women on street corners sometimes with dogs holding their various signs; at the most, our thoughts merge with the statement of the Secretary of State, John Kerry and we feel sorrow, guilt, even anger at this seemingly simple problem: Our response, like Kerry is to give money, thinking we are helping, providing them with a meal.

I have learned through the years of working with different shelters, talking with some of the homeless men and women encountered at the various programs we have been acquainted with, that the ‘homeless’ are comprised of a variety of men and women who range from having suffered a run of bad luck to addicts and the mentally ill.

The men and women who have a streak of bad luck seem somehow to pick themselves up and return to work. But the addicts and the mentally ill confound this awful problem in ways that cannot be more complex.

The homeless problem was exacerbated with the decision of Jack Kennedy to insinuate the Federal government into the institutionalized populations of the mentally ill. Many thousands of chronic, mentally ill patients were discharged from the institutions which had been serving as guardians, most with nowhere to go; almost overnight, the cities of this country were handed a labyrinthine problem. With the best of intentions the Federal decision that ‘freeing’ these folks was more humane than was locking them up, thousands-perhaps hundreds of thousands hit the city streets and remain there.

Are they better off sleeping on patches of sand here along these coastal paths, far better, to be sure, than the concrete of a city street or ‘safe’ and chemically anesthetized in institutions?

Many of the homeless veterans Kerry spoke of have such serious PTSD along with other psychological problems that drugs and alcohol are their favored treatment. Reasonably, homeless centers cannot shelter people incapable of maintaining sobriety.

Giving more money to fix this? If only the solutions were that simple.

We continue to drive by the signs, ‘Work for Food’, ‘Please help’ signs held by these people, wondering whether the five dollars we give them goes to food or drugs, wondering what their story is; wondering how they will spend Thanksgiving. And sometimes, I roll down the window and hand him the money.