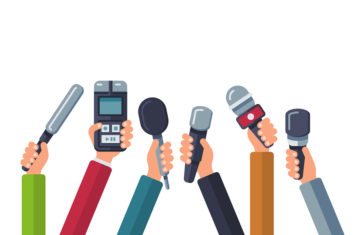 Author interviews, why do them? I read they are an excellent marketing tool for authors who sell less than hundreds of thousands of their books. Like me. This latest one had some unusual questions, consequently, replying to them was an intriguing exercise for me. More on that in a few minutes. It’s even better than the reviews- most of them anyway. Gary Oldman is brilliant. The screenplay riveting and enough details of those desperate days to make us awestruck as we view and hear just how close Great Britain came to brokering a deal with Adolph Hitler.

Long ago I came across a writer who partitioned the word history into two: his  story. Her point is worth some emphasis; history is written by the winners. And in the writing, facts known only to those who were there might be distorted or discarded. More than a few journalists have opined on that subject when commenting on what was ‘true’ or ‘false’ in the movie.

Regardless, screenwriter McCarren’s adaptation of Churchill’s words delivered by Oldman cannot fail to make us wonder…

I am a fan of British writer Robert Harris. When I read his book, Fatherland, I thought the plot a fantastic one: Hitler had won the war. After watching this movie, I get it.

Now on to that interview. It’s long. I have copied just 6 of the 20 questions. If you’d prefer to read the whole interview, click here:

Or if not sure, read on.

Q1 Does writing energize or exhaust you?

Energizes, almost always. During those few times when the writing has been exhausting, I have learned to perceive the exhaustion as a symptom: Something’s wrong. The fatigue most likely stems from one of a broad array of causes- I need to figure out which it is. And deal with it.

Is it just that I’ve been pushing too hard? Or is there a problem with the plot or character that I’m not admitting? Or am I getting sick and not paying attention?

Q2 Do you try more to be original or to deliver to readers what they want?

The books I write derive from stories that ‘show up.’ My writing is not a case of ‘delivering what readers want,’ but rather of writing a story that is begging to be told. Perhaps like others of us writers, I’m aware that genres like erotica and romance are responsible for the most sales─ and that psychological suspense is a top seller, but those are not the stories that appear in my psyche and beg to be told.

Q3 Do you think someone could be a writer if they don’t feel emotions strongly?

The reason I write is to know what I think. When I am asked my opinion during a conversation, I attempt to give a thoughtful answer. But in writing fiction or non-fiction, the words are carefully selected, measured even tried on for size and changed if necessary. That takes time, energy and commitment, to get it as right as possible. I cannot comment on any writer but myself but I could not write without strong, even passionate feelings, questions that beg to be answered, complex problems requiring more than a superficial glance.

Q4 What does literary success look like to you?

That’s a subject that I ponder periodically. Because I need to remember what I learned about success, fame and money during a time of my life when I’d achieved a modicum of fame: Success and fame are not what we think they are-at least they were not for me. There was no sense of Ahhh, I’ve made it! Very little gratification when introduced as an expert; instead there was another voice…This is what an expert looks like? Really?

Rolling the clock forward, I revisit that lesson when my book sales are disappointing or when a bad review grabs my attention. It’s not the volume of sales, or the opinions of others or the rank on Amazon.

Literary success then, is the knowledge that each book is better than its predecessor and that I have done the very best I could with each story.

Q5 What kind of research do you do, and how long do you spend researching before beginning a book?

A researcher by nature and training, I have learned to curb my love of research. While writing my first book, the research took me close to two years. My need to understand alcohol and drug addiction, what being an inmate in prison was like, ‘big pharma’ and investigational drug research approached obsessiveness. I read more than forty books, spent a week with a researcher in the Texas Medical Center in Houston, a morning with an ADA and read the entire court proceedings from the case of a Texas physician charged with intentional murder. And wrote to more than ten wardens in failed attempts to get inside a prison-get the feel of that being locked in would feel like.

In truth, I was avoiding the writing of the book by extending the research. With subsequent books I have kept the research at three to four months. Usually I read something like ten to twelve books on the subjects my story features. Sometimes more.

Q6 How many hours a day do you write?

It depends. I’ve learned there are many myths out there about writing. This one appears frequently: ‘To complete a book, you must schedule times and a place for writing it. And consistently adhere to that schedule.’

I don’t have a writing schedule. Nor do I have a specific place to write. But I do write only on my laptop never desktop. Certainly, when I am approaching a deadline, my writing schedule might be most of my waking hours or as much of them as I can devote to it. But other things interrupt-husbands, kids, holidays, life. As they should.

Perhaps because I’ve worked for myself for over fifteen years, the challenge of working from home is a norm for me. And grabbing a few hours here and there to write doesn’t drive me crazy. Not anymore.