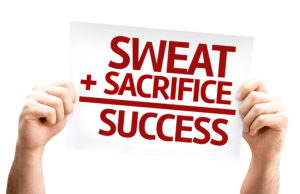 During an interview about the essentials of health and happiness, the reporter was surprised when I added work to my list. We were nearing the end of the time allotted for the interview, therefore I did not have time to elaborate about the many reasons I chose to add work to my list of healthy habits like exercise, ridding the diet of sugar, carbs, wheat and increasing consumption of good fats and getting good sleep. Since that interview, I’ve been thinking about work and why I think it essential to our well-being.

Despite the scores of homeopathic remedies I’d been using to fight off the various varieties of viruses floating around me during the last month, last week my system succumbed and I was too ill to do anything other than sleep for several days.

While at the gym yesterday, I was excited to feel well once again,  to have the strength to sweat and this time through physical exertion rather than fever, I looked around at the mostly smiling, happy faces of my fellow work-out partners and thought once again of the relationship between discipline, habit, work and happiness. In a way, I think they are all the same thing.

It starts with discipline.

Only after slogging through all the hours, weeks, months, even years of doing the best we know how to do, does it begin to get easy. Because now, it’s habit. Whether in exercise, healthy behaviors, prayer and faith, the discipline must precede the development of the habit.

It’s work. Sometimes it’s hard work but once it becomes a habit, what a high. Discipline and habit equal happiness.

That is why I added work to my requisite list of necessary behaviors for health and happiness.