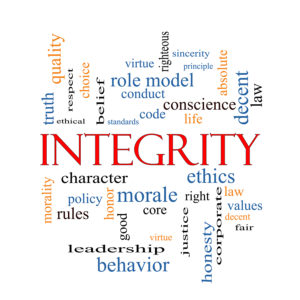 In the preface to his new book, The Road to Character, author David Brooks states that he wrote this book in order ‘to save his soul.’ Now that is a phrase that one seldom reads from the pen of a New York Times journalist or any other writers for that matter in this media saturated ocean we swim in. It got my attention.

Employing the Genesis account employed in a 1965 book called The Lonely Man of Faith, Brooks writes of  Adam 1 as the man who wants to conquer the world versus Adam 11 who wishes to serve the world. Or Adam 1 with the single goal of success opposing Adam 11 who experiences life as “moral drama” whose “motto is “Charity, love and redemption.” His book could be called, Fighting Adam.

Brooks uses a compilation of famous voices examining the Allied victory at the end of the second world war as the platform for his conviction that collective and individual morality in this 21st century has devolved, that it is more difficult to reach humility in our culture than in prior ones. Command Performance was a variety show played to the US wartime troops and is replayed on NPR where the author heard it one evening while driving home. Celebrities from Marlene Dietrich to Bing Crosby, Frank Sinatra, Burgess Meredith and many others  who ‘intuitively resisted the natural human tendency toward excessive self love’, they were unfailingly self -effacing and humble.

In his desire to understand the virtue of humility, Brooks’ book examines the lives of people throughout the centuries who successfully defeated Adam 1 in order to let flourish Adam 11; people like Augustine, Dorothy Day, MacArthur,  Marshall, George Eliot and Johnny Unitas. The journalist ends his book with a list of attributes he has distilled from his exhaustive study of these lives of men and women who successfully sublimated the selfish, sinful and flawed characteristics of Adam 1. He calls this ‘The Humility Code.”

Benedict, a layman, wrote his  rule in the sixth century in a world where chaos and anarchy were rampant due to the collapse of the Roman Empire. The old order was dissolving, the new an unknown. As a Benedictine Oblate, I am obligated to read sections of the rule on a daily basis. Today we completed the Prologue, my favorite section of the Rule. Containing some of the most lyrical, loving and compelling words ever written by a spiritual master, Benedict begins with an admonition to Listen! And shortly thereafter addresses only those of us willing to enter into battle for the King, Jesus Christ. Military metaphors for spiritual growth are not popular and I doubt that Brooks could see why the notion of war resounded so forcefully to me when I converted to Christianity but there is no better metaphor.

I sympathize with Brooks. I can stand under his desire to assert a methodology for defeating the hateful parts of ourselves because I lived a majority of my life attempting to do just that without any notion of a Christ, any desire or interest in him. True because religion and church were  concepts and institutions I had rejected long ago; exactly like Jesus did, I have learned.

“The Church is far stronger now than it was when I was a kid…back then, we went to confession because that’s what everyone did…the trials of the last twenty years…these are all good…all collaborating to make a stronger, more vibrant faith.” I am paraphrasing the reply made by my spiritual director when I told him of the completely empty churches in Paris, Rome and Florence. As if he were saying that culture is only that, merely a collection of attitudes and behaviors that may never touch the human heart.