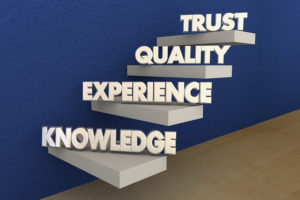 Few would consider the presence or absence of the trust between a leader and her team a matter of life or death. Recently, I was reminded of the truth of the critical importance of teamwork among firefighters while talking with the Captain of the volunteer firemen at Lake Tahoe not far from where I live in northern Nevada.

Out here in the west, the danger of wildfires stalks us throughout the hot summer months. Although we in the high desert are in constant need of water, each time that I hear thunder or see a lightning strike, I pray that the strike not ignite the increasingly brittle and dry vegetation. One of the most common causes of ferocious fires are lightning strikes and once you witness the horrific entity of a wildfire out of control, that memory is burned into the psyche.

While listening to a story Curt was telling me about the challenges to firefighters presented by property owners who refuse to evacuate homes threatened by wildfires, I thought of Young Men and Fire , a true story written about the 1949 Mann-Gulch fire in Montana where sixteen smoke jumpers (the elite of the US Forest Service) parachuted in to fight the fire and within two hours, thirteen were dead, only three were left alive.

Remember The River Runs Through It? This is the same author: Norman McLean; a superb writer and in this case, researcher.

McClean, a resident of Wyoming, spent many years researching the deaths of these courageous young men; deaths that had erroneously been blamed on the leader who survived. What McClean learned and published in his book has changed the training and rules for fire fighters throughout the world. The story is riveting and it is heart breaking.

I had heard about Young Men and Fire while in a management class at the University of Pennsylvania’s Wharton School of Business. For the Wharton Business professor, the book served as a case study to demonstrate the critical nature of trust between a leader and his team and the horrific consequences of the absence of real teamwork. The team leader for the crew of smoke jumpers was unknown to all members of his team. The men had never worked with him; they were virtual strangers. And so when the team leader realized that the fire had become a conflagration and there was no way out for any of them, he figured out a unique solution.

The leader tried and failed to show his team how they could make it through the fire-by rapidly digging deep into the ground and letting the flames race over them, none believed him.

All burned to death.

My firefighter friend told me that he had just been through that training a few months ago; instituted by the man who could not save the lives of his team.