The Golden Globes and The New/Old War 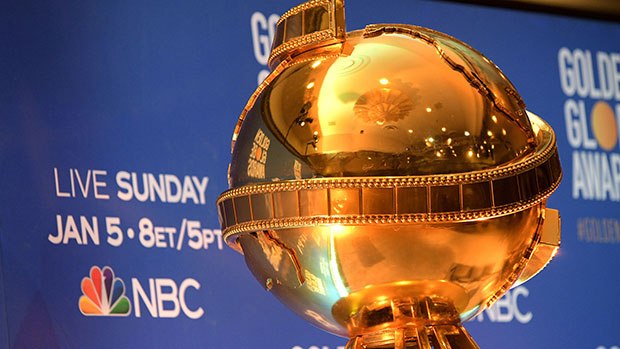 It’s been two weeks and yet I am still thinking

about Sunday evening’s Golden Globes and the New/Old War. Because I wanted to see the winner of the Best Picture, I turned it on in time to watch Ellen DeGeneres speak about receiving the Carol Burnett award. The award was created last year by the Hollywood Foreign Press Association last year to celebrate “outstanding contributions to television on or off the screen…in celebration of the medium’s ” Golden Age.”

The comedienne was understandably overjoyed at the kudos:

“From her sitcoms, to stand-up, to becoming a household staple on daytime television, she is a pioneer who has captivated audiences for nearly 25 years with her undeniable charm and wit,” HFPA president Lorenzo Soria told Variety of DeGeneres. “In addition to her television success, she’s an advocate and philanthropist, lending her voice to those who don’t have one, and spreading kindness and joy through the power of her platform. We look forward to celebrating her achievements at this year’s ceremony.”

Her speech was, as expected, filled with quips like this one-

I am an open book and I couldn’t have done it without my husband Mark. Mark, you are my rock. Thank you for supporting me through this crazy journey. I know it wasn’t easy for you or the kids. Rupert and Fiona go to bed, I love you. That’s funny because they’re in college now.

The laughter from the audience was over the top at her pantomime of heterosexuality. As the camera panned the assembled group of celebrities, each one was doubled over, as if this were the funniest thing ever heard. I thought the reaction was odd but did not walk away from the show until the person who actually presented the award to Ellen showed up.

McKinnon talked movingly, and hilariously, about watching Ellen come out on TV just as she was asking herself questions about her own sexuality.

“In 1997, when Ellen’s sitcom was at the height of its popularity, I was in my mother’s basement lifting weights in front of the mirror and thinking, Am I…gay? And I was,” McKinnon said dryly, adding, “And I still am. But that’s a very scary thing to suddenly know about yourself. It’s sort of like doing 23 and Me and discovering that you have alien DNA. And the only thing that made it less scary was seeing Ellen on TV.”

The speech was infused with McKinnon’s signature wit—she thanked DeGeneres for passing down gifts such as “two pairs of Stan Smith sneakers”—but it was readily apparent just how profoundly DeGeneres had inspired and mentored McKinnon. “If I hadn’t seen her on TV, I would have thought, ‘I could never be on TV. They don’t let LGBTQ people be on TV.’ And more than that, I would have gone on thinking that I was an alien and that I maybe even didn’t have a right to be here.

Since I walked away from the show at that point, I missed a speech given by Michelle Williams who won the award for Best Actress. These were her opening comments:


“I wouldn’t have been able to do this without employing a woman’s right to choose, to choose when to have my children, and with whom.”

How exactly, do these snippets relate to my title, The Golden Globes and the New/Old War?

The answer to that question is precisely why it has taken me two weeks to deal with the sense of disquiet I felt while watching the ceremony. True because just like most of us, I know not to judge or criticize another and to stay far away from gossip. During my first doctoral class on ethics, however, I learned a term that has stuck with me for years: inner moral revulsion- that niggling sense that something is wrong- very wrong.

While listening to a homily on the subsequent Sunday, I understood my disquiet about that Sunday evening ceremony, the old/new war. Old because it is the battle between good and evil…God and Satan; new because it is couched in humor, fame, beautiful faces, and glamour.

The priest stated that the “ennoblement of abortion and homosexuality’ were destroying the pillars of God’s Creation and were in fact, “anti-creation.” They were, he declared, the fulfillment of a prophecy given an Italian Cardinal by Sister Lucia, the last of the three Fatima children.

The word ennoblement bears some thought. It means to elevate in degree, exalt, dignify…Homosexuality is good and abortion a necessary part of the life of a successful woman.

Through some online research, I learned a bit about the Italian Cardinal and the background of the priest’s remarks. Following the conclusion of the 1980 Synod on the Family, then Pope John ll asked Cardinal Carlo Caffara to plan and establish the Pontifical Institute for the Studies on Marriage and the Family. A couple of years later, the Cardinal wrote to Sister Lucia through her Bishop.

In a 2017 interview with Aleteia Magazine, Cardinal Caffara explained, “It [the Institute] was not wanted within and outside of the Church, because of the vision it was proposing. And so I was very concerned. Without asking anyone, I thought: “I will write to Sr. Lucia.”

Since the Patroness of the Institute was Our Lady of Fatima, the Cardinal wrote to the surviving member of the three Fatima children, Sister Lucia, to ask for her prayers. When two to three weeks later, he received a lengthy letter from her, he says he was greatly surprised.

“It was a hand-written letter and quite long. I have given sworn testimony of what the letter said. The letter ended, saying (in 1983 or 1984): “Father, a time will come when the decisive battle between the kingdom of Christ and Satan will be over marriage and the family. And those who will work for the good of the family will experience persecution and tribulation. But do not be afraid, because Our Lady has already crushed his head.”

Four months before his death in September, 2017,

“Note well. I speak not about the act of a single person, but of the broader legitimation which can be perpetrated by a judicial system in a single act: to subsume it into the category of subjective right..calling what is good, evil…The reason why man should not shed the blood of man is that man is the image of God. Through man, God dwells in His creation…

Voice of the Family

The notion of war and combat is familiar territory. Even before converting to Catholic Christianity, I conceived life as a series of battles, writing about it more than once. The Golden Globes and the New/Old War feels like an alarm clock, its ticking no longer silent.