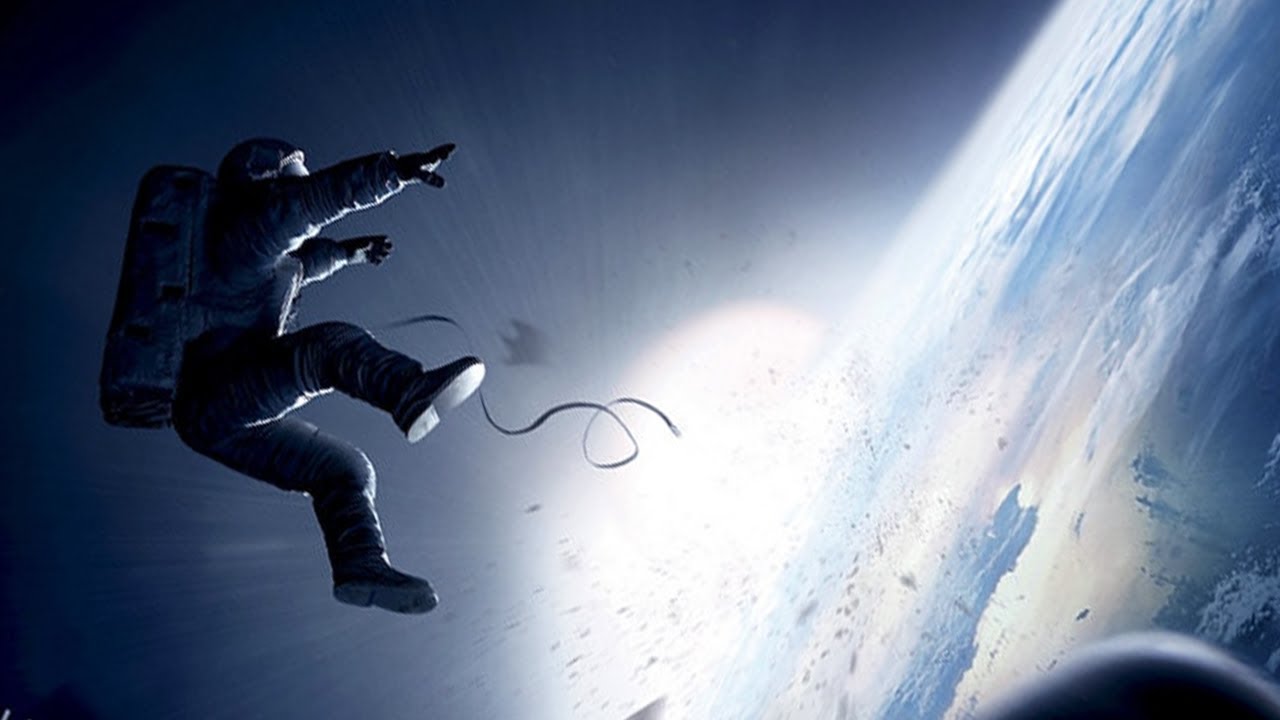 I saw the movie last week but keep drifting back to the film and the stunning cinematography which transports the willing viewer to a place of pure silence, isolation; the abyss.

With its stark absence of dialogue, and its placement of the man and the woman as the paradox of humanity: fragile and vulnerable yet with a spark of the divine, Gravity manages a strange combination of the very new and the very old.

It doesn’t take much of a stretch for me to return to the young English major I once was and see the characters played by Clooney and Bullock as a 21st century Adam and Eve immersed in a vast Eden, an apocalyptic “garden” devoid of life and light. From the very beginning of this unusual film, we join this man and woman in their seemingly “routine” task of repairing an unnamed mechanical problem on the exterior of their space station.

Impossibly, the movie feels real. We believe the blase attitude of Clooney. He almost has us viewing the  mechanical tasks to be like changing a tire in the middle of nowhere and no thing and we are tempted join him in the light-hearted banter with which he calms the increasing anxiety of his partner.

Bullock has a tougher job. Playing Dr. Ryan Stone, Bullock takes on the role of a remarkably accomplished physician scientist who has been profoundly wounded by loss. There are times, albeit only a few, when I reacted to her hysteria-in this environment with hyperventilation, the only way she could realistically convey her fear, with something like, “Come on, Get a grip.”… Until I remembered my first open water skin dive in Belize when my frantic attempts to keep up with the rest of my diving group resulted in an empty oxygen tank at something like 65 feet.

But my very favorite lines are Bullock’s grippingly understated, “But I don’t know how to pray, no one ever taught me” and her very last words as she lies alone, alive and prone, “Thank You.”