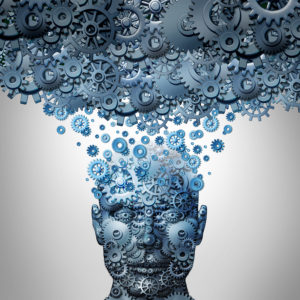 Upload your mind or uploading your brain concept as a human head made of mechanized gear and cog wheels being uploaded to a machine cloud server as an artificial intelligence symbol or neuroscience technology.

I was reminded yesterday of the meaning of the word martyr. I needed the reminder on the Solemnity of The Feast Of Peter and Paul because the meaning of martyr, for me, has devolved to mean dying for God. Perhaps for you too, the word martyr has been perverted by teen-aged boys and girls with suicide vests who agree to blow themselves up…along with as many infidels as possible, for God.

But the priest reminds us that these two men: Peter and Paul were not out to die; quite the contrary, they were living to give witness to what each man saw, heard and experienced with Jesus Christ. The word martyr means witnessing for Christ and being put to death because of it.

One of the last classes I took to satisfy the number of courses needed for my undergraduate major in English was Linguistics. Taught by the head of the English department in the small college, it was, by far, one of the tougher courses for me. Not because the material was difficult, although it was, rather because the course emphasized the cultural influences on language. She was wise, this nun who had owned a bookstore prior to becoming a Dominican nun and obtaining her doctorate in English literature from Notre Dame. I can see her now as she stood in that starched habit discussing the specific cultural influences on the language of southern blacks, of country folk, of the Cockney or the speaker of the Queen’s English; we may all speak the ‘same language’ but the meanings of the same word can differ in ways that can prove embarrassing, even dangerous for those outside the culture.

Her thoughts and viewpoints far beyond her time, Sr. Marie Bernard was fascinated by the power of the vernacular upon those who lived and spoke it. And her admonitions to her students were simple and practical: while the meaning of a word may be clear and precise to you as a writer or a speaker, understand always, there are those in the listening or reading audience to whom the meaning of that word may be something else entirely.

I can remember still, after all of these years, the burgeoning disappointment that the degree, once conferred, would not result in the feeling of completion, of success, of having done it-far from it, in fact.

I was growing up and just beginning to learn that the art of communication was just that :Art.

The meanings of words, phrases and even of entire books are more often than not, unique to me, and far from universal. We write, we speak, we study and learn in order to understand and then to be understood. As a writer, I believe that real understanding supersedes words; the understanding is achieved almost despite the words. When we write, we may do so to instruct, to create a feeling, provoke a question, shake up an assumption or a myriad of reasons or merely thinking out loud as I am doing here, now.

I remember a quote I used to use when teaching management classes by Norman Cousins:

Effective communication is the most difficult undertaking on earth.