Lenten Greetings from Texas: Have A Joyous Lent

Lenten Greetings from Texas: Have A Joyous Lent 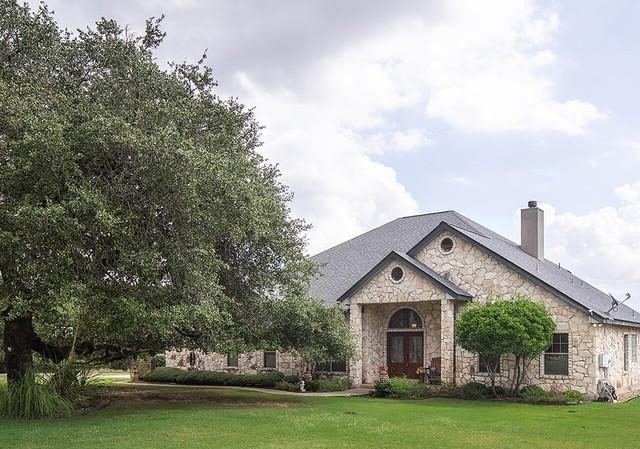 Right, after twenty years in the west: eighteen in Nevada and a year and a half in California, we’ve moved to Texas. Precisely like every other major event in my life, this was not in the plan but an astonishing surprise, because, for me, it feels like returning home to Texas.

A couple of essays ago, I alluded to “huge aliquots of chaos” in my life, meaning that selling the California place and buying this lovely oasis in the Texas Hill Country was, as you may imagine, not without it’s trials-some of which felt overwhelming. And yet, just seven days after leaving California, all our possessions are here, including my car. We were told it would take at least two weeks.

My attempts to trust Him, give it all to Him were weak and bounded by, at times, “I don’t think I can do this!” But many ‘this’s’ did get done, often in spite of me. A fact that determines the providential nature of this whole process and the silly futility of all my anxieties.

Meanwhile, the end of this mercy-filled penitential season approaches swiftly. Pondering this fifth Sunday in Lent, fears that my habits of sin still adhere are amplified.

Therefore this piece on Lenten greetings from Texas.

“I don’t want to be worrying about what to wear,”

my friend Mary cried out, “I want to be praying, fasting, contemplating Our Lord!”

My reply to Mary was a reasoned one. “Well, this must be the sacrifice He wants you to make. Worrying about ‘silly dresses’ fit for a wedding, right?”

My smile is a rueful one because of the immense difficulty of taking my own advice. The days when the prayers could not be prayed weigh in. Times when the distractions extinguished peace and trust are all too clear.

And I hang on to what is known- prayer and faith are gifts sourcing not from me but Him. Stark evidence that it was His Will that prohibited offers with three different realtors on three houses in California. And assured that this one in Belverde, Texas, would go through.

“Have a joyous Lent!”

A few years ago, the priest ended his Ash Wednesday homily with the command to “Have a joyous Lent!” I do not know if anyone else in the crowded church was as astonished as I at this exhortation. But incrementally, I am beginning to peel back the infinite paradoxes and contradictions of this faith of ours. One that mandates joy while immersed in terrible sorrow, fear, loss, betrayal, even death.

It was Fr. Nathan Mamo, S.T.L., who issued the oxymoronic command which echoes in my heart: “Have a joyous Lent!”

And recalls Gibran’s beloved poem, On Joy and Sorrow

Then a woman said, Speak to us of Joy and Sorrow.

Your joy is your sorrow unmasked.

And how else can it be?

The deeper that sorrow carves into your being, the more joy you can contain.

Is not the cup that holds your wine the very cup that was burned in the potter’s oven?

And is not the lute that soothes your spirit, the very wood that was hollowed with knives?

When you are joyous, look deep into your heart and you shall find it is only that which has given you sorrow that is giving you joy.

When you are sorrowful look again in your heart, and you shall see that in truth you are weeping for that which has been your delight.

Some of you say, “Joy is greater than sorrow,” and others say, “Nay, sorrow is the greater.”

But I say unto you, they are inseparable.

Together they come, and when one sits alone with you at your board, remember that the other is asleep upon your bed.

Verily you are suspended like scales between your sorrow and your joy.

Only when you are empty are you at standstill and balanced.

When the treasure-keeper lifts you to weigh his gold and his silver, needs must your joy or your sorrow rise or fall.

It’s tempting to focus on the penance and fasting

therby risk missing the goal: greater union with Him.

Parochial Vicar Fr. Duncan Amek used a parable to elucidate the Gospel reading from the Gospel of John for this past Friday.

….But when his brothers had gone up to the feast,
he himself also went up, not openly but as it were in secret.
Some of the inhabitants of Jerusalem said,
“Is he not the one they are trying to kill?
And look, he is speaking openly and they say nothing to him.
Could the authorities have realized that he is the Christ?
But we know where he is from.
When the Christ comes, no one will know where he is from.”
So Jesus cried out in the temple area as he was teaching and said,
“You know me and also know where I am from.
Yet I did not come on my own,
but the one who sent me, whom you do not know, is true.
I know him, because I am from him, and he sent me.”
So they tried to arrest him,
but no one laid a hand upon him,
because his hour had not yet come.

first, a rich and powerful ruler whose authority spanned many lands. The second, a farmer. The angel said to the two men, “You have been granted the ability to see God is whatever form you wish.

The powerful magistrate replied, “I want to see God in His majesty and glory, looking like a great ruler.”

Instantly a bolt of lightning struck from the sky bringing with it thunderbolts which pulverized the King’s palace, inhabiatants and much of his kingdom.

The farmer said to the angel, “I am a poor and simple man. I wish to see God in the work I do- in the furrows I make for the grain, the oxen who help me plow it, the rain which helps it grow and the faces of my family and neighbors.”

The farmer lived a long and happy life.

Again, I recall what I’ve been taugt, but can so easily forget. The path to union with Him, at times consists of messes to cleaned up joyously, (or at least without complaining), being interrupted in the task we want to do in order to do another’s.

…He assures those who have faith in God’s love that the way of love is open to all men, and that the effort to restore universal brotherhood is not in vain. At the same time he warns us that this love is not to be sought after only in great things but also, and above all, in the ordinary circumstances of life…Yet he makes all free, so that, by denying their love of self and taking up all earth’s resources into the life of man, all may reach out to the future, when humanity itself will become an offering acceptable to God.

Have a joyus Lent!

Enemy word on the red enter key of a desktop pc keyboard. Laptop computer enter key with warning message. Concept of the enemy and the rivalry online on the Internet and social networks. Closeup.