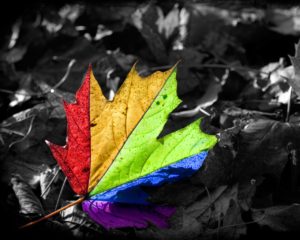 To leave our rural valley in northern Nevada, we drive for about thirty minutes. Upon turning north on the freeway, after about fifteen minutes or so, we pass a bulletin board on the left asking about one person making a difference. The caption is written over a huge image of Nelson Mendela. The other day I stared at the huge bulletin board and thought about a conversation about that very subject several years ago.

My husband John and I had agreed that we wanted to do more than write out a check to help the homeless. And Reno has a large number of homeless for a number of reasons.Uppermost among them,  a fairly temperate climate for most of the year and proximity to San Francisco where the homeless receive benefits from the city.

It made sense to start with existing organizations which were set up to help the homeless in Reno. There are three. St. Vincent’s Dining Room, Reno Community Assistance Center and the Reno Gospel Mission. Each is located within a football stadium sized area in downtown Reno at the corner of 4th and Record streets.

For a year, maybe two, we volunteered at St. Vincent’s Dining Room, a mission of Catholic Charities and run by Ray Trevino. Ray has a deep love for his clients who by the end of the month can rise to 600 coming in daily for a hot meal after their monthly federal monies have been spent

During those years, we learned a good deal about Ray’s challenges and about the ‘culture’ of homelessness. But we wanted to understand more about these people and decided the only way to learn was hands on. So for another two or three years, we drove into Reno on weekends during the cold early mornings of Lent to hand out coffee and donuts to the homeless men and women standing or lying around 4th and Record Street. We handed out hundreds maybe thousands of cups of hot coffee and donuts. And talked to those willing to talk with us, listened, observed and learned. But it was the very first morning that the bill-board question of ‘can one person make a difference’ recalled.

During the ninety minute ride back home after the very first cold February morning that we did this, John asked how I felt. My mind was roiling with sensations, images and faces. Like the man from Salt Lake City whose hand had felt like ice when we shook hands. And the faces of the two contractors when John handed them his worn winter jacket and apologized for the rip. And the disappointment on the face of one lady who had arrived too late for a cup of hot coffee.  I felt overwhelmed, beaten down by the magnitude of the needs, by the intimacy of what we had been doing for the last two hours. But most of all, by the knowledge that we had fixed nothing.

My husband smiled and then reminded me of the story of the starfish.