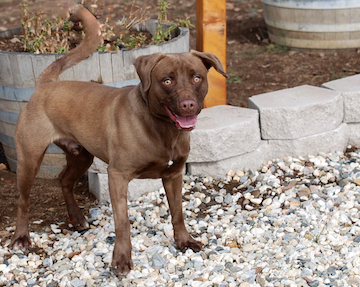 Adopting our rescue dog named Seymour was not the plan. Ever since that March night when our red male Dobie dropped dead in front of my dog Shadow and me I have lurked on countless dog rescue sites specific for Dobermans. I have learned over the last sixteen months, just how massive is the number of abandoned dogs in this country.

My plan had been to rescue one of the many amazing red male Dobermans at the shelter in southern California I had discovered and began to support last year. Once we drove the five hundred mile plus trip to meet Ardis and see her operation, I was hooked. And trusted that it was merely a matter of time until we became a pack of four again.

Over several trips down to Fillmore, meeting and talking with Ardis and Colleen at the Saturday adoption days, we became fans of the amazing work and love these two shower on their Dobie rescue boys and girls. We learned too of the heartbreak caused when people return the dog who should have been granted his forever home. Like Archie. Like Apollo. And countless others  who through no fault of their own are brought back to the shelter.

I happened to be there one hot Saturday morning

when a couple brought back Apollo, a stunning red male. When I saw the couple with two Dobermans standing under the tree, I went over to laughingly ask if they were there to adopt a third Dobe. And had to walk away when he replied that they were here to bring Apollo back. The dog had been with them for two years but had bitten the baby when the child crawled onto Apollo’s bed. ‘What can we do?” asked the man rhetorically. “We have to protect our baby.”

I had wondered why the beautiful dog would not venture out behind the man who was leaving him. The Dobe stood behind the man’s legs and merely hung his head when I called to him the first time. But at the second ‘Hey beautiful boy’ from me, he looked up at me. And it was written all over his face. He knew they were bringing him back here. He knew that he would not go home with his family. I walked away because I was crying, wondering how did Ardis and Colleen stand this awful heartbreak?

is that a child may be seen as a predator. Especially when the predator crawls onto the only space of the dog, his bed. And yet, one of the more common reasons for abandoning dogs like Apollo are because the dogs have not been socialized to the children. Exactly like Seymour, who growled at someone in his family.

Around five weeks ago, my husband and I were at the Petco in Reno. And there lay Seymour with a gentle leader on his snout, quietly looking around at the people walking by. Laying there on the floor under the feet of a man I learned later had founded the High Sierra Animal Center.

I leaned down and Seymour stood on his hind legs and licked my face.

The timing for the new doberman had just not been right despite a few conversations about several beauties at Dobie and Little Paw Rescue whom I had fallen for (including Apollo) but my husband was not ready.

The morning after Seymour had climbed into my heart, ‘If that little cute dog is still available, he’ll be your Christmas present.’

Five weeks later, Shadow, the shepherd mix who adopted us about ten years ago, has accepted this new little guy, despite the fact that he looks nothing like a Dobie.