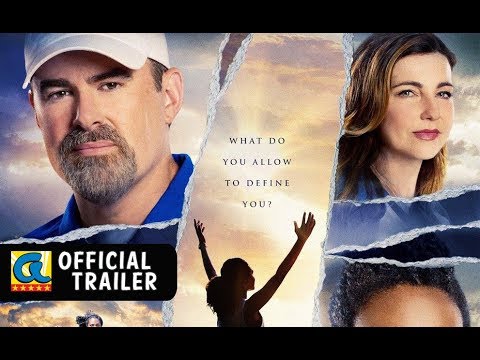 When I learned that Overcomer was a new Kendricks Brothers movie, I resolved to see it. This is true for four reasons.

Four years ago, a movie with the title, War Room, was irresistibly evocative to me…


Prayer as war: the correlation of combat with happiness has long been one which applies to my life. Therefore, a movie about prayer and war was one I knew I wanted to see when my sister Lee told me about it. Fitting,  because the spiritual life  is fundamentally a battle.

Secondly, I recognized one of the War Room actresses in the trailer.


In the film War Room, Priscilla Shirer plays an ultra modern married woman about to lose her husband for reasons that she cannot fathom. Shirer took up residence in my psyche with her portrayal of a young wife being schooled in the counter cultural secrets to a happy marriage.

Near the end of the movie, the actress races out of her home, shouting, in my paraphrased memory, “Satan, you’re no longer going to steal my joy!” Each time I think of that scene, I smile.

In fact, the scene was so terrific that here are her actual words, far superior to my memory:


I don’t know where you are, Devil, but I know you can hear me. You have played with my mind and had your way long enough! No more! You are done! Jesus is the Lord of this house, and that means there’s no place for you here anymore!
So take your lies, your schemes, and your accusations and get out in Jesus’ name! You can’t have my marriage, you can’t have my daughter and you sure can’t have my man! This house is under new management and that means you are out! And another thing, I am so sick of you stealing my joy, but that’s changing too.
My joy doesn’t come from my friends, it doesn’t come from my job, it even doesn’t come from my husband. My joy is found in Jesus, and just in case you forgot, he has already defeated you, so go back to Hell where you belong and leave my family alone!¨

I come away from these movies filled with joy.

I am a movie buff. And like all kinds of films. Thriller, mystery, dog, war, the genres matter less than does my hope that I come away from the film with something. Whether learning about the second world war as in Dunkirk, Darkest Hour or a super story about a marine dog handler like Megan Leavy, I expect to leave the theater enriched in some way.

Even if it’s just an hour and a half of fun, like Men in Black International, the expense of time and money is worth it.

But with both The War Room and Overlooker, I came away filled with joy. And I profoundly appreciate that it may not be so for many, even most, film goers.

Variety’s reviewer considered that Overcomer: ” offers nothing in the way of nuance – even its title is awkward – and, also, no respite from its religious propagandizing.” And for Roger Ebert.com, ” The whole is cheap, cheesy, and, to put it charitably, churchy. “

I get it. There was a time I would never have gone to see either one of these movies. And if forced to review them, I would have written far more pejorative reviews than did these reviewers. Until everything changed.

Order, its essential presence in my life.

During those years when I avoided anything ‘churchy’, propaganda is as good a word as any to describe my feelings about anything or anyone religious. Watching this latest Kendricks brothers film brought back those confused, disordered days…years. When meaning, purpose and identity lay in titles and degrees.

The first time I cried while watching Overcomer was in the hospital room when a man who had led a wholly despicable life said, “God loved me so much, he let me break completely.” The same person who later asks the coach protagonist, “Who are you?”

And then chuckles when he hears “Christian” at about sixth place…after basketball coach, history teacher, husband, father, comes a lukewarm, “Oh and I am a Christian.”

My tears were recognition of the universality of these characters; how readily I see myself in each man. Most especially of the brokenness.

Watching a new Kendricks brother movie takes me back to a Buddhist koan I learned to love back in the days that I was searching for something I could not name: