Politics of the Common Good 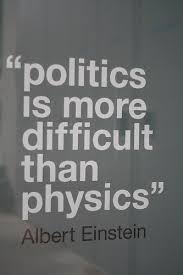 politics of the common good

The word politics has gained an almost entirely negative and pejorative meaning when used by many of us in these days of scandal, corruption and greed. Perhaps there was a time when politics as noun or  adjective meant something other than a snipe but not in my lifetime. And so it was with great interest that I read the text of Pope Francis’ address to Congress.

He gets right to it. With artfully chosen language, Francis invokes the ideas of a higher calling, teleology, and goodness without using any of these expressions. More than most, this speaker knows well how incendiary can be a mere word. And he asserts the truth of the meaning of life for each of us, whether retiree or productive worker, whether student or teacher.  We are all here in this place and during this time for a reason, specific and unique to each human person. And in his opening remarks the Pontiff assures his audience that his remarks are directed not only to Congress but through them to the citizens of this country, all three hundred and twenty million of us.

“I am most grateful for the invitation to address this ….’in the land of the free and the home of the brave’…I would like to think that the reason for this is that I, too, am a son of this great continent, from which we have all received so much and toward which we share a common responsibility.” And then the pontiff moves on to clarify his meaning. “Each son or daughter of a given country has a mission, a personal and social responsibility.”

In less than four thousand words, the Pope declares that the task of the legislator is a noble one. “Your work,” claims Francis, “is to assist America to ‘grow as a nation.’ ” Specifically, he states that, “You are called to defend and preserve the dignity of your fellow citizens in the tireless and demanding pursuit of the common good, for this is the chief aim of all politics. A political society endures when it seeks, as a vocation, to satisfy common needs by stimulating the growth of all its members, especially those in situations of greater vulnerability or risk. Legislative activity is always based on care for the people.”

Pursuit of the common good as the aim of politics. This is a phrase which is redolent with paradox in a country priding itself on individual freedoms and rights for  vast varieties of minorities.  A thing like the common good seems unattainable. But the Pontiff repeats the phrase four times in his forty-five minute speech, each time with different verbs: Love of the common good, cooperating generously for the common good and last, service to the common good. The words feel like gentle rain in our strident and polarized culture.

In an apparent acquaintance with the unattainable, even the impossible, Pope Francis invokes Moses as a symbol for the American legislator.

“On the one hand, the patriarch and lawgiver of the people of Israel symbolizes the need of peoples to keep alive their sense of unity by means of just legislation. On the other, the figure of Moses leads us directly to God and thus to the transcendent dignity of the human being. Moses provides us with a good synthesis of your work: you are asked to protect, by means of the law, the image and likeness fashioned by God on every human face.”

One of  many phrases that touched me deeply was the Pope’s warning against ‘simplistic reductionism which sees only good or evil.’ So often, our discourse devolves to a primitive level. When people are defined by the weight of  labels like “Republican” or “Democrat”, “Socialist” or “Catholic”, we can be blinded and deafened to truths merely because of the  label.

“We know that in the attempt to be freed of the enemy without, we can be tempted to feed the enemy within. To imitate the hatred and violence of tyrants and murderers is the best way to take their place. That is something which you, as a people, reject.”

Through his use of simple but universal terms, this Pope speaks to people of faith and people without faith with his appeal to the Golden Rule as a metric for dealing with the Gordian knots of immigration, global poverty, environmental crisis and the death penalty. Beginning and ending his talk with four Americans, Abraham Lincoln, Dorothy Day, Martin Luther King and Thomas Merton, Pope Francis weaves a unique fabric for thought and inspiration.

“A nation can be considered great when it defends liberty as Lincoln did, when it fosters a culture which enables people to “dream” of full rights for all their brothers and sisters, as Martin Luther King sought to do; when it strives for justice and the cause of the oppressed, as Dorothy Day did by her tireless work, the fruit of a faith which becomes dialogue and sows peace in the contemplative style of Thomas Merton.

In these remarks I have sought to present some of the richness of your cultural heritage, of the spirit of the American people. It is my desire that this spirit continue to develop and grow, so that as many young people as possible can inherit and dwell in a land which has inspired so many people to dream.