Seize the Day, Paradox of Hollywood and How Dogs Inspire 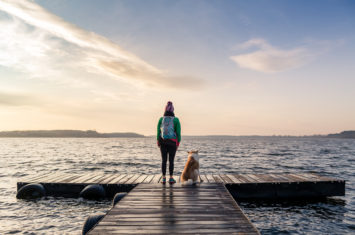 ‘Seize the day’, ‘the paradox of Hollywood’ and ‘how dogs inspire’: Do those three phrases even relate to one another?

No, of course they don’t. But every once in a while a newsletter format works because it permits thoughts on a few unrelated subjects. Like these.

First up, Seize the Day:

While driving home from a two- day trip to Ventura, California yesterday, my husband John turned to Catholic Radio where we encountered the host for Seize the Day, a man named Gus Lloyd. Each Friday, Lloyd opens his show by asking for prayer requests. Once he opened up the toll-free line, a steady stream of men and women called in from Texas, Maine, California- the whole country- to seek prayers for their mother, husband, wife, brother. Many were asking for relief from alcoholism and drug addiction.

We were mesmerized by the reverence and tenderness given the supplicants by the Lloyd. All requests were written down and at the conclusion of the hour, he led his listeners in prayer for each man and woman who had called. Calling each one by name, he first prayed for God’s Perfect Will and then for healing or resolution. One phrase he used echoes in my mind this morning as I write:

Release him from the spirit of addiction, and

Release her from the spirit of alcoholism.

Long have I thought that these addictions were evil but I had never considered naming them as one would a demonic spirit. I will now.

Twice during his hour long show, Gus Lloyd referred to an interview he’d conducted with the three actors in Clint Eastwood’s new movie, The 15:17 to Paris, a movie I’m looking forward to seeing soon. He suggested that his listeners go to his Facebook page to download the interview.

I was intrigued by an email relating the story of Eastwood’s successful overturning of the film industry’s rating of the 15:17 to Paris  from”R” to “PG.”  Apparently, such reversals are rare. The original “R” ranking had been due to “ a sequence of violence and bloody images.” My friend’s email suggested the Hollywood pundits may have had an agenda other than violence and blood since those two ingredients are standard fare in 21st century Hollywood movies.

Upon listening to Lloyd’s interview of the soldiers turned actors, I’m even more determined to see the film. And began to think about that second topic.

The Paradox of Hollywood

I love movies. The effects of the good and great ones on our psyches and souls can’t be overestimated. But the same is true for those that aren’t.

Long have I had a theory that those of us who create- whether writing an article, novel or producing a movie- have a responsibility to enlighten, inform, even ennoble.

Films are more intrusive than are novels. Just consider the last movie you watched; the darkness of the theater evokes a kind of intimacy not experienced while reading a novel. The imagery, sound, music awaken all our senses. There is a  shared intimacy between the viewer, actors and producers. One that amplifies the responsibility on the part of the film producers and directors to produce something worthy, even beautiful.

When an extensively hyped and lauded film with a most arresting title opened at a nearby theater, I was intrigued. Since my husband had no interest did not share my interest, we each went to different shows.

When the female lead masturbates in the bathtub in two successive opening scenes,  I ignored my impulse to leave then. And rationalized my good sense away because I was seduced by the lyrical and ethereal themes of the movie. But only a few minutes later, the antagonist began torturing a captured creature, gratuitously accompanied by its frenzied screams, I walked out of the packed theater. And joined my husband in Liam Neeson’s latest adventure, wishing I had not wasted thirty minutes.

Contrast that with the fact that actor Jim Cavezial (Passion of Christ) will star in a new film, Paul, Apostle of Christ. Only after watching a two minute trailer, I cannot wait to see his new film.

Cavezial spoke in a surprise appearance at a conference for Catholic students last month- passionately exhorting his young listeners to be warriors.  At times like these, the lines of combat are clearly etched. Impossible to miss. Demanding that we take a side.

I write frequently about writing. It is, after all, what I do.

Here’s the first few paragraphs from a promotional article I wrote last week about how dogs inspire.

“Dogs, writing, and inspiration, are not subjects with correlations we read- or write- much about. Perhaps that’s because over forty percent of us like cats a lot. Or just maybe we don’t stop to think about what the constant, comforting presence of canines provide to our creativity.

A recent reviewer for my latest novel commented that my affection for dogs is made evident through my writing. I understand why he made the statement. Although none of my books is about dogs, per se, each novel features at least one canine companion as instrumental to the happiness of the main characters.

Which leads me back to the central question about the utility of dogs in providing inspiration to writers.

Do they inspire us?

If yes, how dogs inspire…?

READ HERE for remainder of the article, Can Dogs Inspire Us?