The Walls of Our Unbelief: Edith Stein 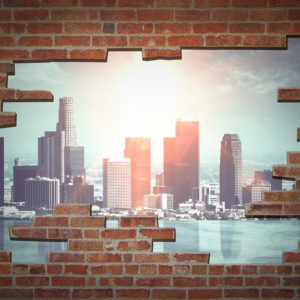 Walls of our unbelief: Edith Stein

It was 1918. The young intellectual was nervous about her upcoming visit to Anne, the widow of Adolf Reinach, killed at the 1917 Battle of Flanders.
How could she offer comfort?
What could she say?
Reinach had been a fellow scholar at the University of Freiberg, an assistant to the great philosopher, the ‘master’ Edmond Husserl. She had been attracted to the Christian faith of her colleague: His goodness and kindness radiated through his person, vitalized his teaching of the opaque philosophy of Husserl.

The Christian conversion of Edmond and his physicist wife Anne had nonplussed Edith Stein who had ‘stopped praying’ at the age of fifteen. Reinach astonished the young Edith when he returned from the battlefield to announce his lack of interest in philosophy and his fascination with religious questions.  Edmond revealed that he had undergone a religious experience on the battlefield which made him ‘feel unable to withhold trust in God.’

Despite a mind filled with anxiety and doubt,

the woman who would become St. Teresa Benedicta, Carmelite nun and Auschwitz martyr, faced her fears and made the trip to Gottingen.

Rather than visiting a woman bereft of hope, desolate and incapacitated with grief, Edith Stein met instead, a woman of courage and profound faith.  Edith was “awestruck by Anne’s courage and loving submission to God’s will, which seemed to manifest the power of Christian faith.”

“This was my first encounter with the Cross and the divine power it imparts to those who bear it … it was the moment when my unbelief collapsed and Christ began to shine his light on me – Christ in the mystery of the Cross.” Three words, just three, but they so perfectly describe my experience of walking away from God, only to immediately begin the search for him anew.

I write a great deal about faith, as I try to understand the how and why of it.

Most likely I do this because I too walked away and then returned. St. Teresa Benedicta’s words echo loudly in the years during which I was searching. And more concisely describe the beginning of the return to faith, to Truth than any I have ever read or written: ‘My unbelief collapsed.’ Suddenly, one day, Grace pierces our carefully assembled armor so thoroughly that the entire edifice is destroyed. Whether the catalyst is a shockingly joyful widow or an oil painting in a Santa Fe art gallery, the ruses used by God to gain our attention are astonishing.

I realize now that unbelief takes work, energy, persistence, just like faith. Our unbelief is a structure built by human hands, like a wall we build carefully, methodically around us to shield and shelter us from God, from all things religious. And when we ‘lose’ our unbelief, it is not done in an incremental nor rational way. The walls of our unbelief do indeed collapse.