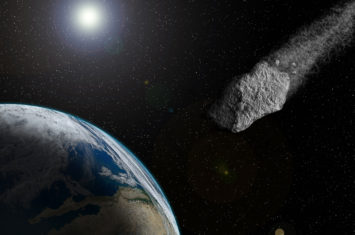 The meteorite flies to the ground. Big and huge will collide with the earth. Galaxy and stars. The sun is shining brightly. Three seconds, the time it takes to blink, yawn or for our whole world to end. I’ve been thinking, once again, about time. About how slippery it is, about how we tend, naturally, to think we have all the time in the world, preferring not to ponder the reality of mortality. About how easy it is to waste this most precious gift of our lives: Time. On resentment, anger, impatience or trivial pursuits.

There are a few reasons for this: After a two- week vacation on the central coast, we returned home at two AM Monday morning. It’s spring in northern Nevada therefore we’ve loads of work on plants, ponds and landscaping, sprucing up these sacred spaces created in the middle of the high desert.

“Everything can change in just one minute.”

We were working together in my rose garden, doing the spring pruning. My young friend, to my great delight, needs money for his monthly car payments. Smart, lovingly brought up by his parents, and willing to do just about anything, Rourk was making my springtime work enjoyable.  With his help, what takes me a week when working alone was done in just three hours.

My comment was made in reply to his description of his family’s recent and terrifying automobile accident. Rourk’s mom Rachel, his nine- year-old brother Atlas and their two Australian puppies were driving home from Carson City when they were T-boned by another driver with a blood alcohol level of 2.9 at 4 in the afternoon.

When he corrected me, I stopped analyzing the rose bush I was about to tackle next to stare at him.

“That’s what it took. One second we were driving down the freeway, the second, he came out of nowhere and then the third we were spinning, completely out of control.” Wordlessly, Rourk extended two fingers of his left hand and made a rapid circling motion. There was no need to speak about the closeness of their brush with death, or the miracle that none was severely injured- including the pups, safely secured in their travel kennels.

His words recalled our recent Sunday night drive back home. That seemingly endless drive back from the coast had been riddled with some of the craziest driving I had ever witnessed. Traffic was heavy on the main route 5 heading back to San Francisco. But that didn’t deter drivers from cutting one another off as they drove at over ninety miles an hour. Passing on the right, swerving to the left and causing people to jam on their brakes. As if impervious…as if they had all the time in the world.

Two days ago, a friend and neighbor went to see the local doctor because of a nagging cough and congestion. While in the doctor’s office, he had a cardiac arrest. John and I will attend the Rosary for Bobby tomorrow night and his funeral next Saturday. His widow, her daughter and her sisters were at daily mass this morning. Inconsolable- the shock of it.

Three seconds. Nothing will be the same. Ever again for that family. Their world, as they knew it, has ended.

I resolve this spring to continue a Lenten challenge of doing small things with great fervor: