How to Avoid the Amygdala Hijack 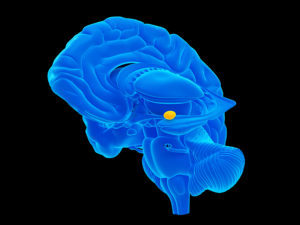 How to avoid the amygdala hijack

The amygdala hijack. Right. Avoiding it sounds like something we need to do but why is that exactly?

It’s a cool phrase coined by Daniel Goleman in his 1996 book Emotional Intelligence: Why It can Matter More Than IQ. And describes the eruption that occurs when someone steps on our last nerve. Although the phrase, the  amygdala highjack is a memorable one, I had forgotten it until I found an interesting post: Normal is overrated. We’ll return to that in just a moment.

You know the feeling. After a day of stuffing resentments, mistreatment, and or lack of appreciation you come home and your husband asks that next time you make that casserole, would you use less salt? Or your kid refuses to eat her dinner. You get hijacked by your amygdala and explode, loosing an avalanche of anger wholly out of proportion to what has happened. And wondering why the silence in your home has the quality of a tomb?

A quick review on what happens:

The reptilian brain or brain stem powers the parts of our bodies which operate autonomously. Included in the brain stem is what neurologists are now calling the limbic sysyem are two almond shaped and about the same sized groups of nuclei on the right and left sides of our brains.

Specifically emotions which are aroused by something perceived to be a severe threat which when felt are so overpowering that we feel as if we have lost control. In a very real sense, our ‘higher consciousness’ has been overruled by the portion of the brain which treats everything as something to fear, eat or f….

How to avoid the amygdala hijack?

Bonnie: It’s when you get hungry, you’re more likely to be angry. When you keep your metabolism more even, it’s easier to be less hijacked, to have your brain be less exhausted. Water is the other thing we talk about. You know you probably should drink six or seven glasses of water a day, but when you’re under pressure, when you’re meeting demands, when you have five appointments in one day, that can go out the window. If I have a chapter to write in my book, if I have a proposal due, I make sure I’m taking a moment to drink water.

Tiffany: Simple. A lot of women that I interact with are overwhelmed. One of the things I really appreciated about Micro-Resilience was that there wasn’t a huge time investment.

Bonnie: They’re tiny, tiny things. It’s an interesting relationship [between Micro-Resilience and Drop the Ball.] Micro-resilience is a little bit of focusing on, “How do I support myself,” you need to make space for it, which is part of doing the work in Drop the Ball, to really prioritize that. It’s a mutual relationship.

Tiffany: What have been your “aha” moments? What has surprised you since you’ve been going around the country?

Bonnie: I find a lot of women do need to stop and give themselves permission. It’s like reading Micro-Resilience gave them permission to take care of themselves in small ways, and we needed that.

Tiffany: I was at this big women’s conference and I did my session [on Drop the Ball], and then everyone let out and there was a long line to get books. There must’ve been some healing circle that formed in the middle of the line because by the time women got up to me, many of them were quite emotional and crying.

Bonnie: There are so many pressures on us — our culture, our experience, the voice inside your head telling you, “You’re not doing it right. You have to try harder.” We talk about work-life balance and the struggles of trying to do it all and being overwhelmed, but mostly as professionals, we don’t tell each other the really bad stuff. With Drop the Ball, you talk about the messy meltdown moments that you had to reach some of these epiphanies. We’re starting to have these conversations and to be honest about some of the pain that we have from being overwhelmed.